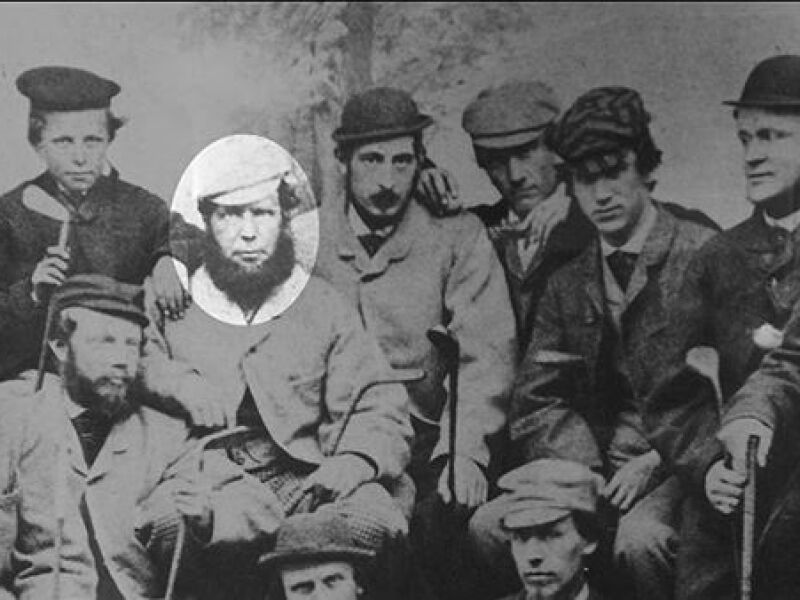 There is plenty to like about the recently released film, Loopers: The Caddie’s Long Walk. The story it tells about the history of caddies, for one. The way it introduces us to characters who do that for a living in places as far- reaching as Bandon Dunes and Ballybunion, for another. There are sweeping shots of links courses backed by roiling steel-gray seas and clips and quotes from the likes of Jack Nicklaus and Bobby Jones as well as Tom Watson and Old Tom Morris. Tying it all together is the narration by Bill Murray, whose character Carl Spackler in Caddyshack made one of the great loops in golf history when he toted the Bishop’s bag around Bushwood in the middle of a 100- year storm.

But what I really liked about Loopers is how it highlights an often-underappreciated aspect of golf.

Though golf is essentially an individual sport, it is a game best played with a caddie. And not just for being relieved of having to carry your own clubs around a course. I am also glad for help they provide with reads, lines and yardages, and for the joy of sorting out those decisions together. There is also the pleasure of walking a scenic piece of land with a like-minded person, which most caddies are, given their mutual love of golf and of sharing conversation along the way.

Good caddies appreciate a good joke, and know how to tell one or two. They also understand how and when to unleash a bit of verbal abuse, and are happy to take some, too. They are like a drinking buddy at a bar, and the best ones can make a round big fun even when shots are going sideways.

Generally, there are two kinds of caddies. Some clubs and courses engage high school and college kids in an eort to support local youth, and what those lads often lack in raw caddie skills is more than made up with enthusiasm. And few things are more rewarding than watching a longtime looper lose his teenaged awkwardness across several summers and replace it with confidence and maturity, in no small part thanks to all he saw and did as a caddie.

As for the older-timers, I am grateful for the knowledge they are able to impart, and the steady ways they help improve one’s play and enhance one’s overall experience.

To be fair, not every loop is necessarily a happy one, and I have been frustrated at times by caddies who try to change out my bag before we even make it to the first tee, or act as if they, and not the course we are walking, are the main attraction.

But the vast majority of my caddie experiences have been good ones. I am thankful for that – and for Loopers reminding me what a special part of the game they are.